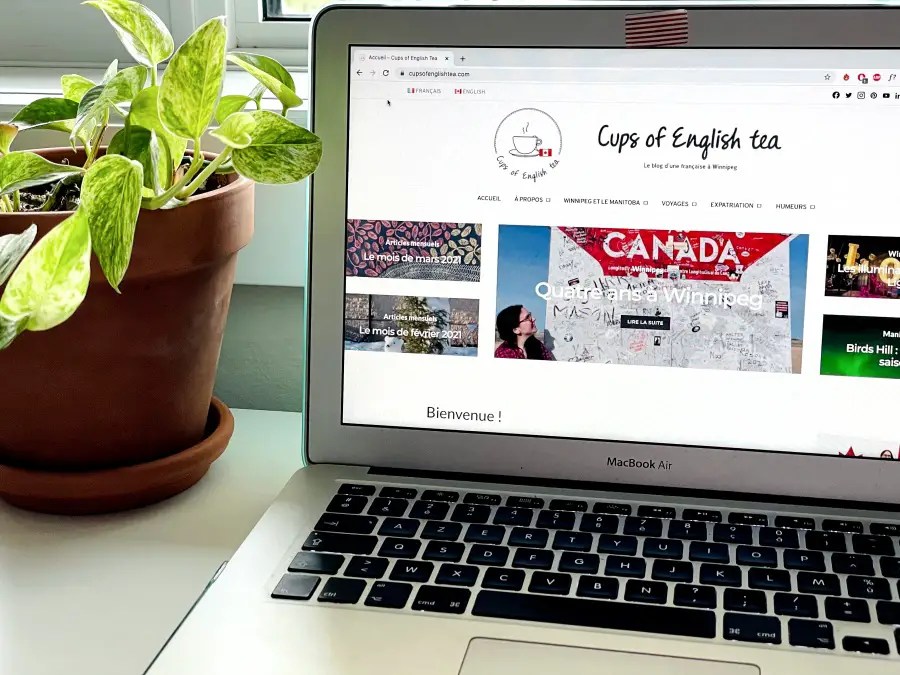 The end of blogging? Maybe not.

Without realizing it, six weeks have passed since I last clicked “publish” with my anniversary post of having been in Winnipeg for four years. I’ve opened the backend to start drafts a couple of times, jot down ideas for posts, but that’s it.

I ask myself lots of questions. The first is “are blogs dead?” (I think so, partly, at least they have changed a lot) and even to tell the truth, “is my blog dead?”

You might not know this, but in its French version, the blog will celebrate its tenth anniversary in August. It accompanied me throughout my twenties, all my travels, all my expatriations, during all the changes that were taking place at different levels. I feel like a bit of a dinosaur with this longevity.

Right now, often, the motivation to write is not there. It’s clearly because of the pandemic, as I write this to you on a rainy Friday in May, the world has resumed its course while in Manitoba we are in lockdown again. Everything is closed, even the parks, and any socialization is strictly prohibited. I’ve been asking myself lots of questions for fifteen months, I’ve reassessed a lot of things.

It’s difficult to create content and memories, even purely personal, in these conditions. My monthly posts have lost almost all interest and I’ve missed posting several over the past few months, after almost six years without a break.

However, I still have plenty of projects. I always remain extremely proud of what I have accomplished and to be the only one or almost in my small niche. There is almost no French content in Winnipeg and Manitoba and very little in English, I want to continue helping future newcomers to come here and prepare for their installation and adaptation. I want to make video, try Youtube for a bit. I want to continue to explore the Franco-Manitoban world, share its history and its turmoil. I always want to go to all those little villages and come back with pictures of giant statues, the drive-in, and the odd little museum. I want to keep doing what I’m doing.

Too bad for Google, the update of Core Web Vitals, the loading time to optimize and all that technical stuff. Too bad for Pinterest, too bad for algorithms in general.

This article has been in my drafts for several days, but today I received an email asking me to be on a TV show to talk about Manitoba. It was one of my secret goals for 2021… So, yes, I will continue.

This blog is not dead. Here we go again !