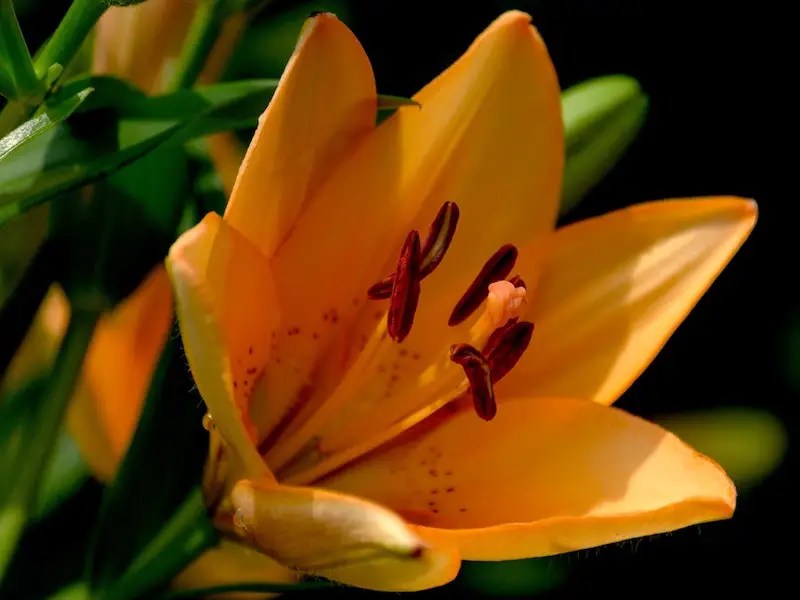 A day in Neepawa

Neepawa (not to be confused with Pinawa and its old dam) is a small town in western Manitoba, located 2 hours 20 minutes from Winnipeg and 45 minutes from Brandon. I’ve been there several times on my way to Riding Mountain Park, but I have never actually stopped there. From what I saw from the car window, it looked really cute and I’m so glad I finally got the chance to see the city!

I visited Neepawa in August 2020 as part of a paid partnership with Travel Manitoba but the opinions presented here are sincere and I know I will happily return to Neepawa to visit what I missed this summer!

What to do in Neepawa for a day?

The first stop of this day in Neepawa is the childhood home of author Margaret Laurence, a monument of Canadian literature that I had unfortunately never read – though I studied English literature.

Margaret Laurence grew up in Manitoba, in Neepawa, in her grandparents’ house. The house became a museum in 1986, just before her death (she therefore participated in the establishment and was able to give her opinion, which is quite rare after all).

Margaret Laurence’s house is closed to the public at this time but the board members are running free private guided tours for curious visitors. You will find how to organize a visit on their Facebook page .

The audio guide (available in English, French and Tagalog) explains the function of each room and the objects of interest. Margaret Laurence’s house is perfectly furnished, neither too much nor too little, with period items and personal items from the family and the writer. But the place is not only frozen in the past: there are also exhibitions, public readings and a writer in residence.

I love visiting the houses of writers, painters, artists. I always find it great to see the places that have generated all this creativity. After Green Gables in Prince Edward Island, I also visited Gabrielle Roy’s house in Winnipeg! And I will try soon to read a book from Margaret Laurence.

Even without drinking beer (which is my case), it’s hard to miss the multiplication of micro-breweries of all kinds in Winnipeg and Manitoba. Neepawa’s Farmery Estate Brewery has been around since 2013, after the owners won Dragon’s Den, a television competition that challenges entrepreneurs against one other for funding.

It is normally possible to visit the whole operation but last summer it was impossible. A temporary store is installed however and allows you to refuel. My favorite, because it doesn’t taste like beer, is the Hard Ice Tea!

Neepawa often wins the “Most Beautiful Manitoban Town” contest, and it’s probably well-deserved. The city center has beautiful century-old buildings and parks and gardens are everywhere. I really liked the Court (pictured right below), which reminded me of Brandon University where I spent a year.

The Lily Nook was the big favorite of my day in Neepawa. A local resident, Barrie Strohman, developed a passion for lilies in the 90s. 25 years later, his son Nigel runs a 3 hectare farm made up entirely of lilies. Hybrids, trumpets, Orientals, Asians, the catalog is rich in varieties and the bulbs are sent all over the world.

There is a small store and exhibition garden about 4 km south of Neepawa. The Lily Nook is family owned, and both the owner and his mother are passionate about their flowers. They are full of advice and recommendations. Moreover, the soil of the region of Neepawa is particularly suitable for lilies, since it is the old basin of Lake Agassiz: it is very sandy.

But the action takes place a little further south, they have a secret field: rows and rows of lilies. We were lucky, August marks the end of the season but many flowers were still in full bloom. The fields are open to the public during the third week of July.

Wander in the Neepawa Cemetery

OK, visiting a cemetery might not be on the top of the list of things to do in a new place. But it’s a different way to learn about the history and people of a location, and Neepawa Cemetery was worth a visit, for at least two reasons.

Besides its symmetrical beauty, it houses the statue of the Stone Angel, which gave its name to one of Margaret Laurence’s books (The Stone Angel). She based her works in a small fictional Manitoba town, Manawaka, which everyone interprets as Neepawa. The statue would have had a great influence on her during her childhood and… voila!

Another strange and fascinating story connected to one of the graves is the Hickman brothers‘. Lewis Hickman is the westernmost-buried Titanic victim. His brother Leonard immigrated to Canada and worked on a farm north of Neepawa. He had decided to return to England in December 1911 to pick up his two brothers and two friends to immigrate to Manitoba too. Bad luck, the boat on which they were initially to cross the Atlantic could not leave because of a strike which limited the stocks of coal. They were rebooked… on the Titanic and all five died in the sinking.

But the story does not end there. On the day of the funeral, Leonard, whose identity had been determined because there was a map of the farm he worked on in his pocket, was actually his brother Lewis. The priest buried the brother under his wrong name, as time ran out to correct the error.

Of course, the cemetery also has the graves of the first settlers in the area. The first dates from 1877.

Did I already tell you about the Great Trail / the Grand Sentier? It is a project launched in 1992 and now completed which consists of 27,000 kilometers of trails, in the ten provinces and three Canadian territories ( the map  of the route is quite impressive). Impossible to go the whole distance of course, but it’s still nice to walk some parts of the stretch on a leisurely stroll.

More things to visit in Neepawa

Neepawa has a bird sanctuary, the Bird Sanctuary , with emu birds (the emu are funny Australian ostriches not shy, I encountered some near Melbourne on the Great Ocean Road and it was not necessarily pleasant), peacocks, geese and other animals in need of care.

Almost every small town in Manitoba has its pioneer museum (like Fort la Reine in Portage la Prairie for example) and Neepawa is no exception. Small feature, however, of the Beautiful Plains Museum: it is located in the old train station!

Where to eat in Neepawa

The map of Neepawa

The Neepawa tourist office is very helpful and will help you prepare for your visit if you reach out to them!