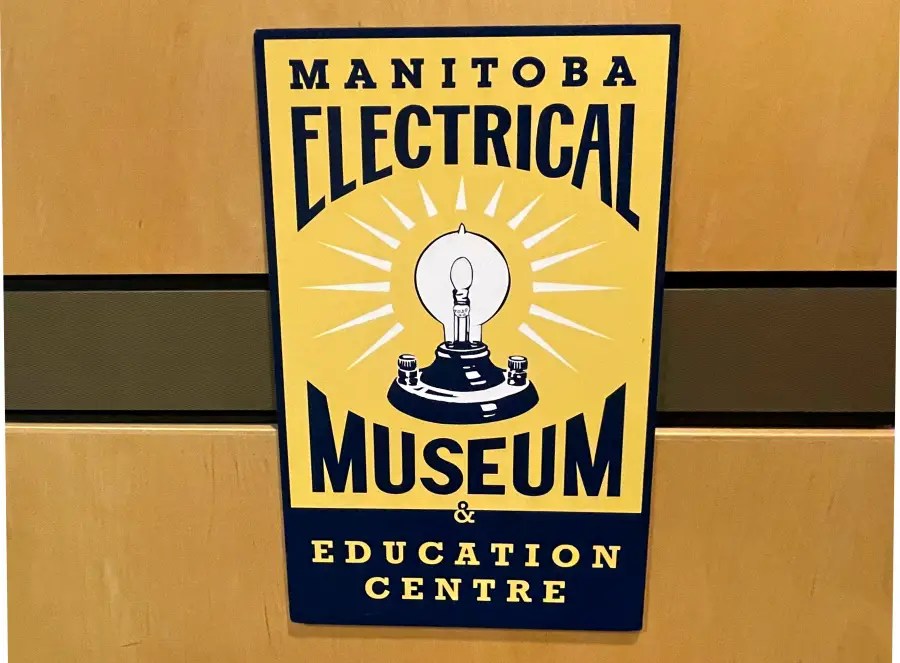 Visiting the Manitoba Electrical Museum has been on my bucket list for a long time, and it’s now done! I took advantage of a hot Saturday in July to finally push the doors of this little museum that deserves a visit.

The Manitoba Electricital Museum is organized in three rooms:

Of course, it is the permanent exhibition that deserves our attention the most.

In Winnipeg, the first light bulb was lit in 1882. At first, electricity was only used for street lights and streetcars.

And then, the first household appliances start to appear in the kitchens. The museum has a nice collection: a cooker from 1911 (which still works, on the left below!), A refrigerator from between 1927 and 1930, a sewing machine from 1909, an iron from 1908… These objects are a hundred years old but are all in perfect condition, which really makes you think about planned obsolescence.

The electrification of the province

Winnipeg was therefore electrified fairly quickly. But for the rest of the province, when it came to rural areas or First Nations, some had to wait between 1920 and 1961! It’s crazy.

In 1942 (the war put the electrification project on hold), only 1,000 of the province’s 59,000 farms were connected to the electrical network. A government plan was launched for a major campaign that would also provide jobs to people returning from the war.

To connect a village to the electricity grid, 65% of the population has to promise they would use electricity. All the means were good to convince people, and the figures speak for themselves: a kilowatt is equivalent to the force necessary to pump water for two days, to make dumbbells for five days, to carry bricks in a wheelbarrow for eight days!

On the household side, positions are created at the electricity company specifically to convince women of the improvements that electricity would bring in their kitchens. And it’s funny, it’s a radio that was the first purchase for every household, followed by an iron, a toaster and a washing machine!

In Manitoba, we have water. An old tourist slogan and license plates said it was the province of 10,000 lakes. So it makes sense that the energy produced comes from dams rather than fossil resources (there is some oil in the province but the museum does not talk about it at all)

There is plenty of information on dams, their volume, their construction (in wood! Remember that it is less than forty in winter!) And their evolution.

I also really liked the map which shows the main energy sources by province. Manitoba and Quebec are the greenest provinces in Canada.

There is nuclear power in Ontario, and Nunavut only has oil. Solar is in the Yukon, and strangely oil only accounts for 3% of energy in Alberta.

And across the country, it gives that!

The Manitoba Electrical Museum is open only two afternoons per week, Tuesday and Saturday, from 1:00 p.m. to 4:00 p.m. Allow between 1h and 1h30 for the visit depending on your pace of reading the signs!

All signs and animations are bilingual. And it is an Anglo-Saxon museum, therefore interactive!

You can find more information on the Manitoba Electrical Museum website.